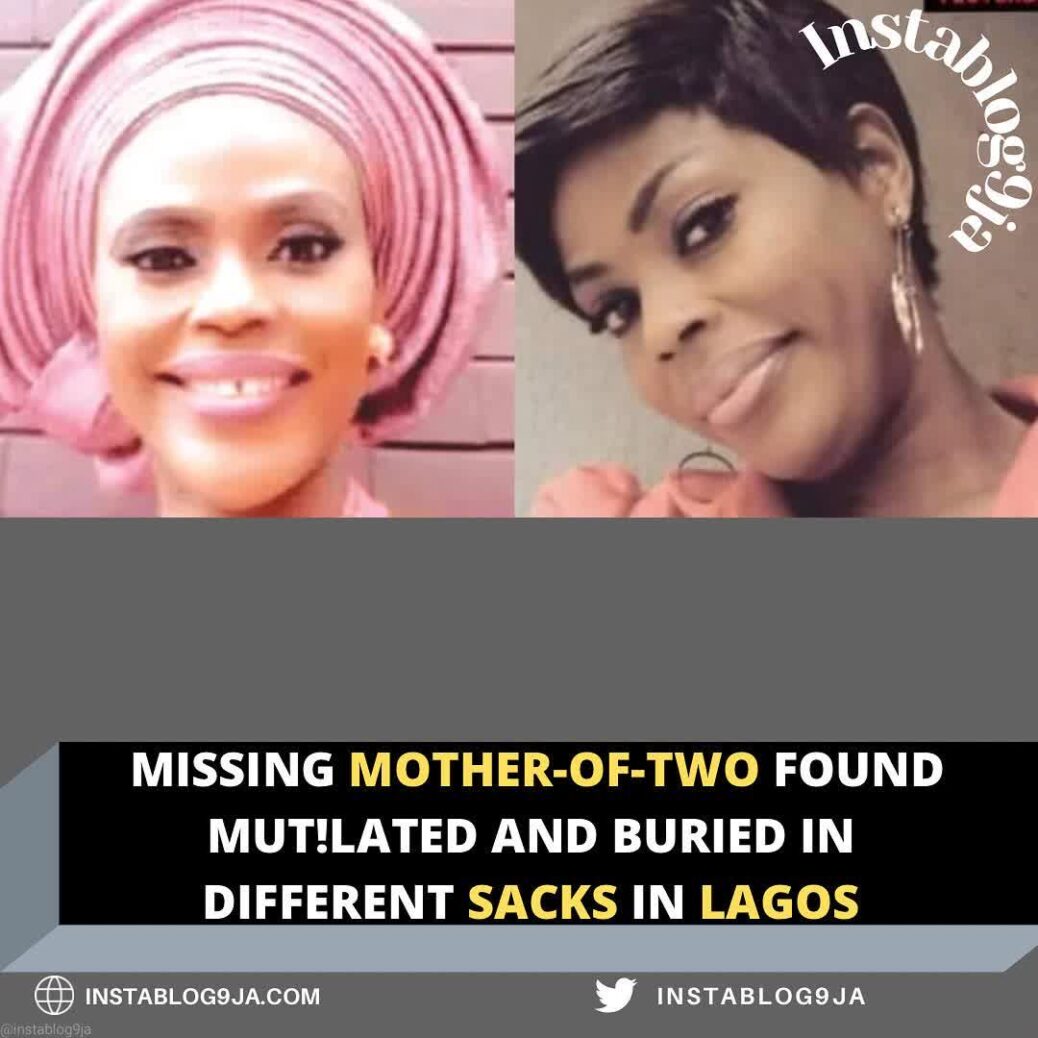 A mother-of-two identified as Mercy Henry, who went missing on December 16, is d#ad. The 35-year-old woman was found, mut!lated and buried in different sacks behind a building belonging to the prime suspect, Mr. Mayowa Timothy Bamidele.

Recall that it was reported that on December 16, 2021, the deceased told her family that she was going to the Ijegun area in Lagos and hadn’t been seen since then.  Her distraught father Pa Henry Ekienabor, 70, reported the matter to the police. The prime suspect was arrested and denied seeing Mercy. In fact, he maintained that he last saw her four years ago.

According to the deceased’s grieving father in a chat with New Telegraph, the police on January 14, informed the family that Mercy was k!lled, mut!lated and buried at the back of the Suspect’s house. He revealed that her remains were exhumed and four people had been arrested alongside Mayowa.

He said that the Police recovered her handbag, Automated Teller Machine (ATM) card and her phone from the crime scene . “Till tomorrow, Mayowa is still denying knowing anything about the matter, but when the police brought him out of the cell after interrogating the other four suspects; he saw them and almost collapsed. Yes, he knows them.

They are working together, so he couldn’t deny it. All the men of God, women of God, pastors, Bishops, I went to, all assured me Mercy was being kept somewhere, that we should pray, that she would come out, we didn’t know that she had been k!lled and buried for long. Yes, she was k!lled three minutes after her friend, Ayo, transferred N30, 000 into Mayowa’s F***t Bank Account,” Ekienabor said.

He added that he was told by Ayo that Mercy needed a N30k loan for treatment at a trado-medical home, that she was short of blood and getting leaner. “Ayo told us that she paid the money into a First Bank account bearing the name, ‘Mayowa Timothy Bamidele,’ given to her by Mercy. The money landed in the account at 1:59pm and at 2:02pm, Mercy’s phone number stopped going. Since then, we’ve not been able to reach her.”