Home 2022 January 22 Man dumped one month after donating his kidney to his girlfriend’s mom .

Man dumped one month after donating his kidney to his girlfriend’s mom . 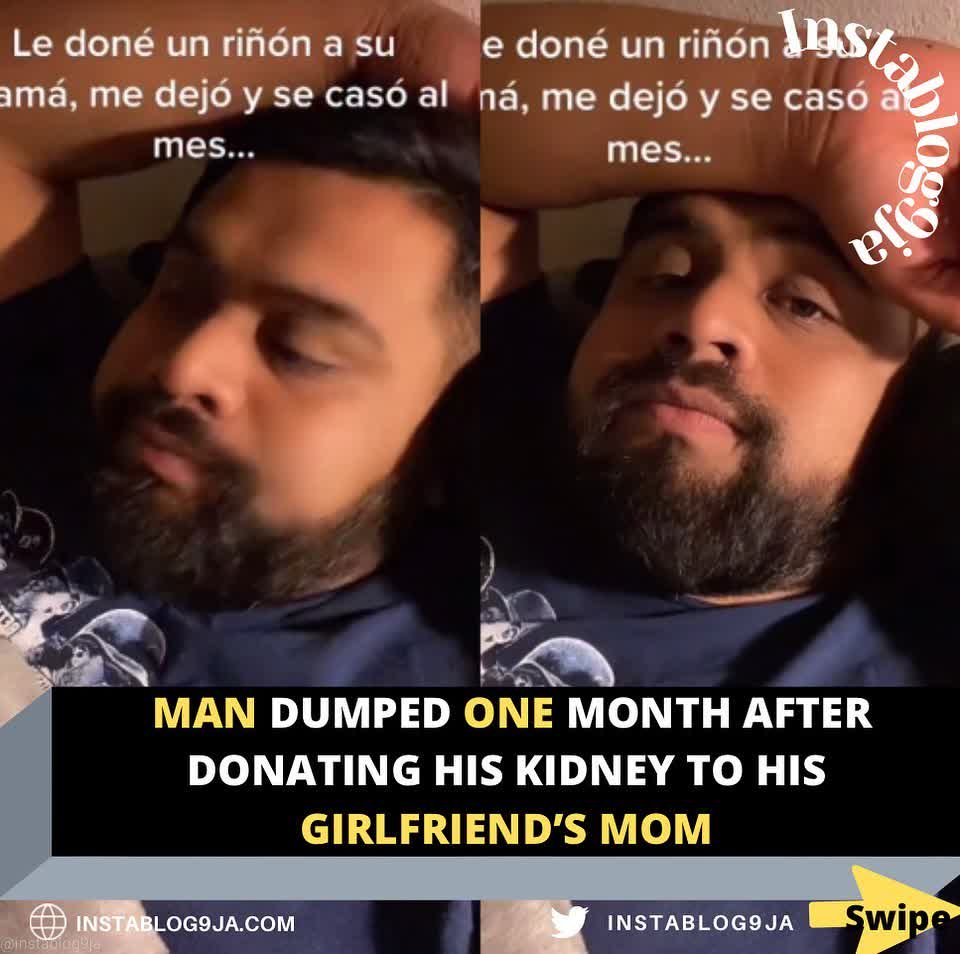 A Mexican teacher, Uziel Martinez, has claimed that he gave a kidney to his girlfriend’s mother but was dumped less than a month later.

In a series of clips on TikTok, he explained how he heroically helped save his partner’s mum by donating an organ. But little did he know that even such a selfless act would not be enough to save his relationship, which was over within weeks of the operation.

He said his ex has now gone ahead to marry another man. “I donated a kidney to her mother, she left me and got married a month later. I don’t have anything against her … we’re not friends but we don’t h**e each other. I only made the video for TikTok, I didn’t think it would get out of control,” Martinez said, referring to the video’s wild popularity.

“We just have two kidneys and if I already gave one, I only have another one for me, so … I can’t feel it,” he added.