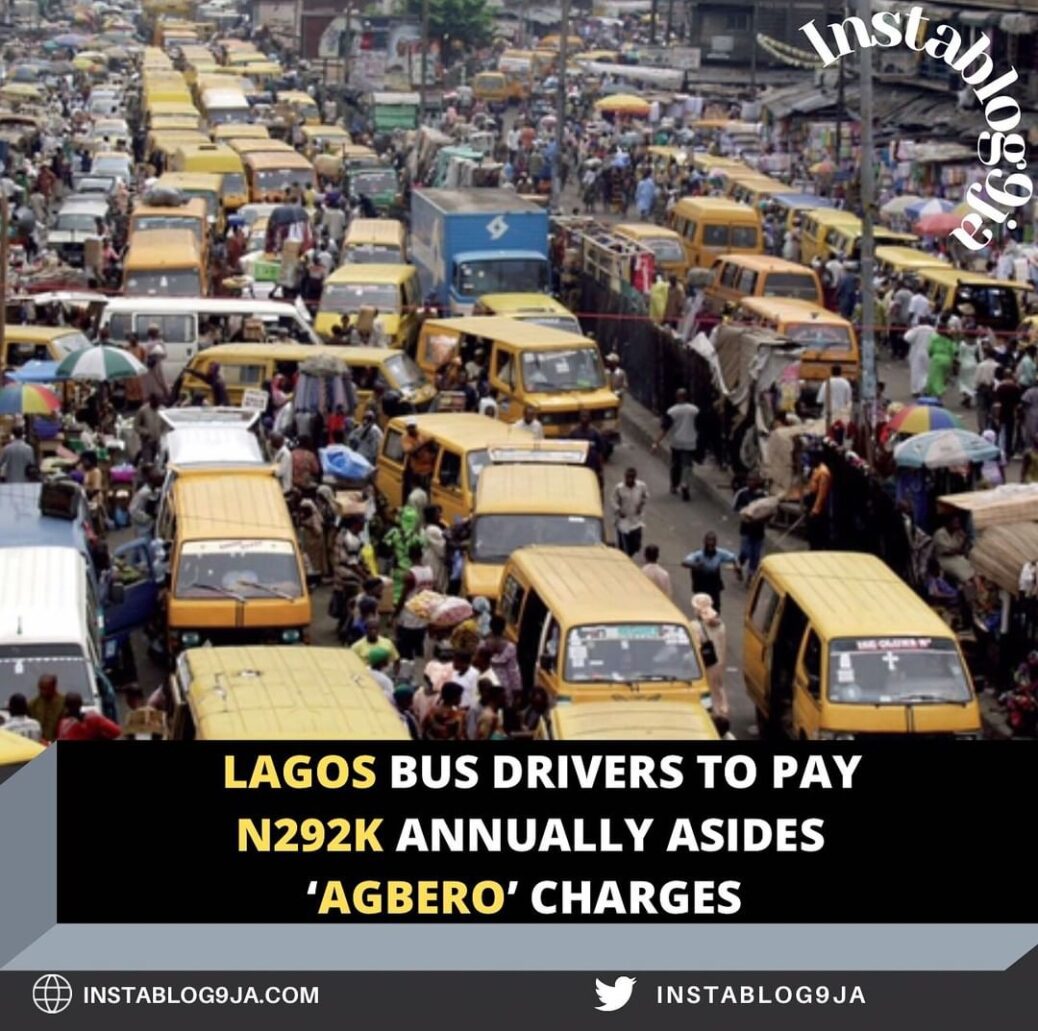 The Lagos State Government has signed an agreement for the collection of what it called “Consolidated Informal Sector Transport Levy” designed to harmonise dues collected by government from commercial motorists at parks and garages.

According to the Commissioner for Finance, Dr. Rabiu Olowo, the levy—pegged at a flat rate of N800—covers monies for the local government, clearing of waste from the motor parks, which was being paid to the Lagos State Waste Management Agency (LAWMA). It also covers and pollution dues which were collected by Lagos State Environmental Protection Agency (LASEPA).

According to Olowo, personal income taxes of the drivers will also be deducted from the N800 levy which commences with immediate effect.With this harmonised levy, each commercial bus driver is expected to pay N800 daily, which accumulates into N24,000 monthly and N292,000 in a year.

Though, the harmonised levy introduced by government does not affect tickets issued by  the National Union of Road Transport Workers (NURTW). Chairman of the Lagos State Chapter of NURTW, Alhaji Musiliu Akinsanya, popularly known as ‘MC Oluomo’, explained that the new development affects only government levies but has nothing to do with  the union dues charged.

The Special Adviser to the Governor on Transportation, Mr. Toyin Fayinka, stated that the development is the phase one approach towards total restructuring of the transport sector; saying it is expected to bring sanity to motor parks in line with best practices globally.

While he described the new development as a form of revenue assurance, he assured that it would have a strong implication on reduction of levies paid by bus drivers at different points/parks before now. He also said that it will drastically reduce the suffering of the people as it is expected to reduce the cost of road transportation.