Nigerian rapper arraigned over m#rder of another Nigerian in SA 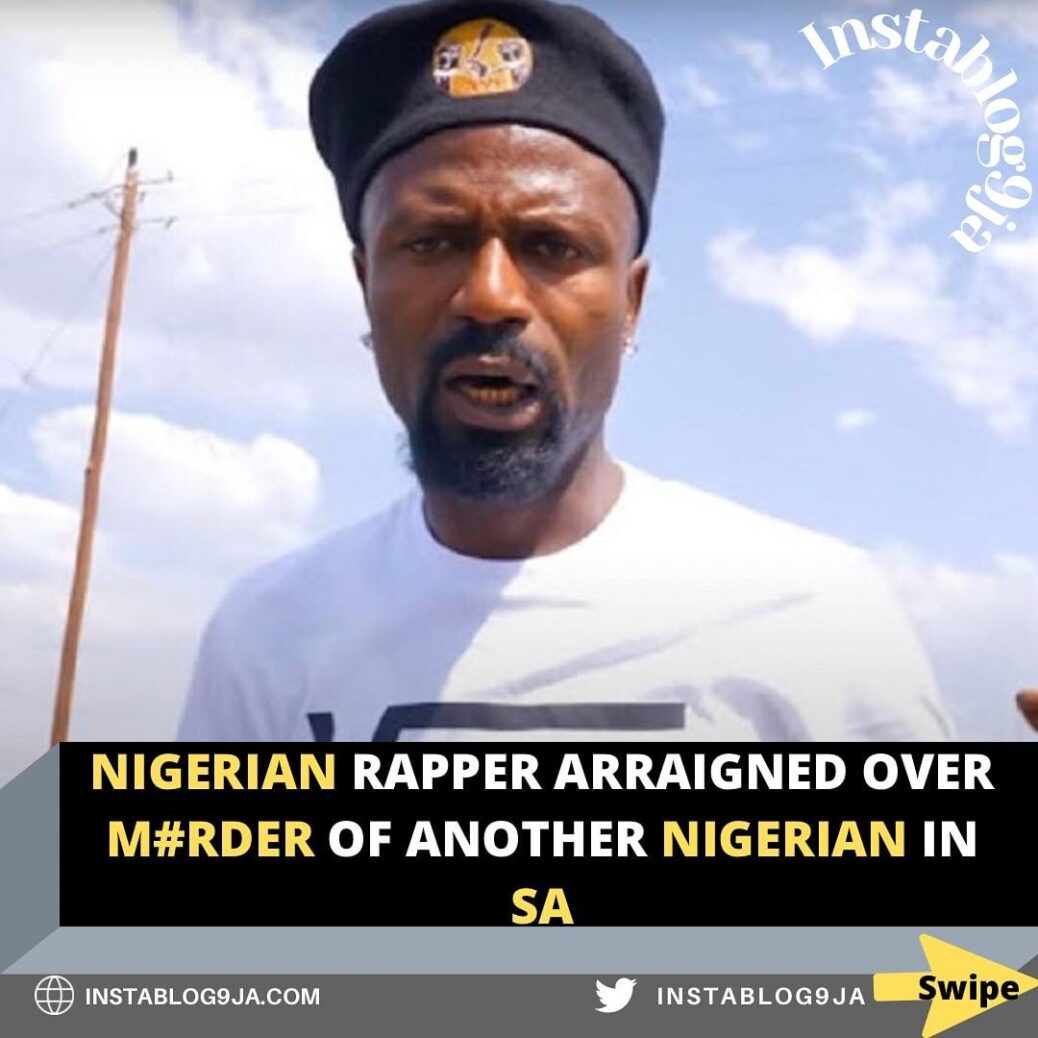 A Nigerian rapper identified as Nicholas Ebanehita Ogbeifun has been arraigned over the m#rder of another Nigerian man in Johannesburg, South Africa.

. The deceased Nigerian named Ajence was reportedly sh#t on Monday, January 3, in what resembled an assassination, at a petrol station on Central Avenue, in the Kempton Park area, Gauteng.

According to reports, a police chase and a d#adly sh#ot-out, however, lead to the d#ath of two other Nigerian nationals while three others including Ogbeifun, were arrested.

Ogbeifun also known as Nico Dorja, is said to be an alleged member of the Neo Black Movement of Africa also know as Black Axe.

Spokesperson for the Independent Police Investigative Directorate (IPID) Grace Langa said Ogbeifun, John Ohami, and Jeda Quadri appeared in the Kempton Park magistrate’s court on Wednesday in connection with the m#rder of Ajence.

The suspect, who graduated from UNIBEN, and other defendants are expected to appear in the Kempton Park magistrate’s court on Thursday, January 13, 2022, for a bail application.