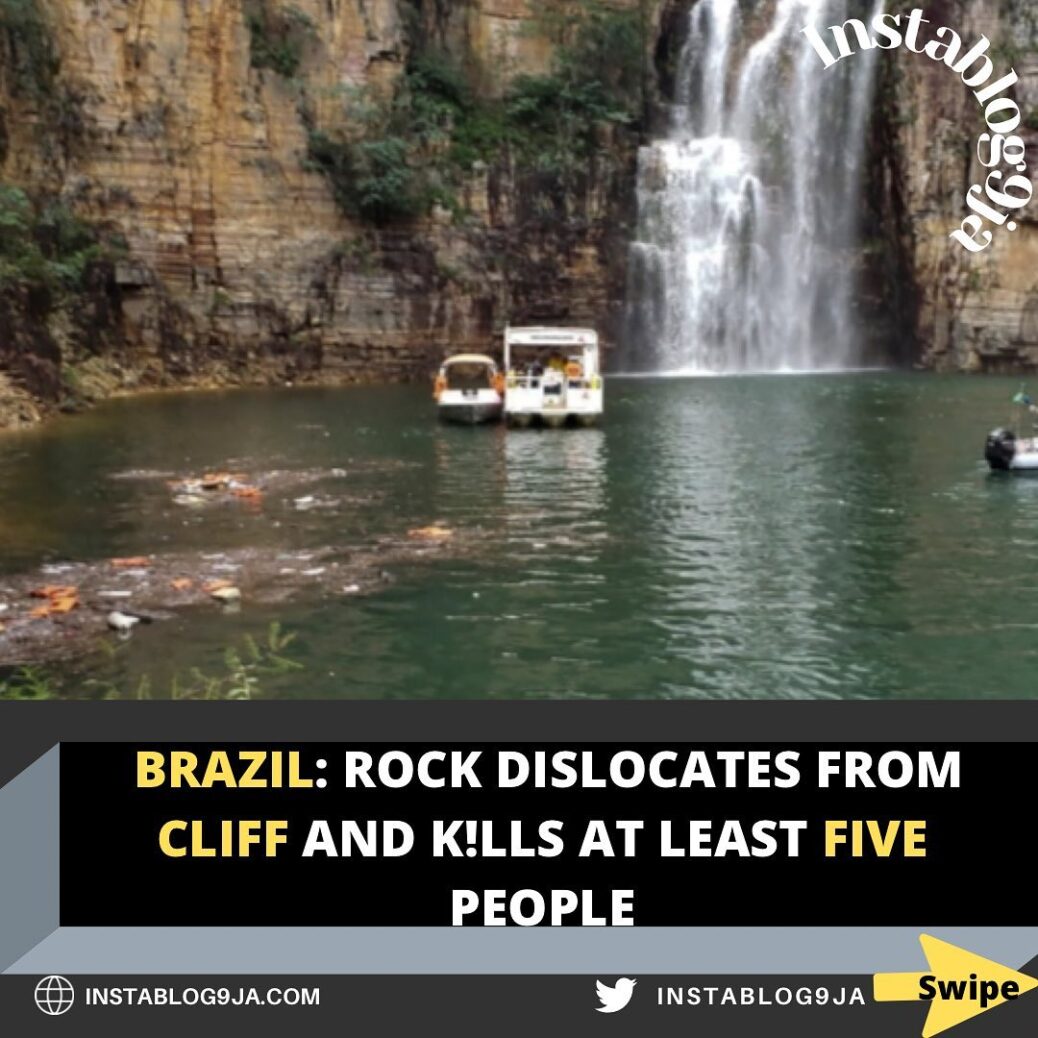 A towering slab of rock broke from a cliff and toppled on to pleasure boaters drifting near a waterfall on a Brazilian lake on Saturday, leaving at least five de#d.

Edgard Estevo, commander of the Minas Gerais State Fire Department, said at a news conference that in addition to the de#d as many as 20 people might be missing and officials were seeking to identify them.

Video images showed a gathering of small boats moving slowly near the sheer cliff on Furnas Lake when a fissure appeared in the rock and a huge piece toppled directly on to at least two of the vessels.
Estevo said the accident occurred between the towns of Sao Jose da Barra and Capitolio, from which the boats had left.

The press office of Minas Gerais state told the Associated Press that the fire department had deployed divers and helicopters to help. Minas Gerais governor Romeu Zema sent messages of solidarity with the victims via social media. Officials suggested that the earlier rains could have contributed to the wall coming loose. The Brazilian Navy, which also helped in the rescue, said it would investigate the causes of the acc!dent.